Immerse yourself for one day in a mystical atmosphere in the town of Castelvecchio di Rocca Barbera during your stay in Liguria, Italy. 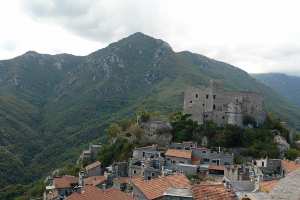 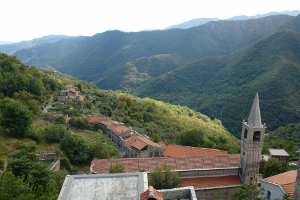 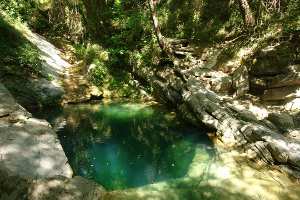 The Mediterranean style of terracotta roofs stands in sharp contrast to the typical narrow Ligurian lanes. These are paved using stones and the windows of the houses are surrounded with decorative plaster. Equally impressive is the imposing building complex housing the castle. Its size is gigantic and one can get a magnificent view of the valley from the entrance to the castle. We can therefore recommend a visit to Castelvecchio di Rocca Barbera.

Castelvecchio di Rocca Babera sits high on a rock in the mountains of the Neva-valley. The location is breathtaking and the medieval house clusters are unique. The mountains are located at the base of the castle which used to serve as a fortress against raids during the 12th century. This castle is now under private ownership.

At one time during the 12th century Castelvecchio di Rocca Barbera used to be a defensive bastion. Its location was therefore perfect, because one could espy the enemy already from a distance. The people of Clavesana built the castle those days, and this then became a stronghold of Del Carretto. In 1623 the castle was lost to Savoy and the Republic of Genoa. Despite the good strategic location, the soldiers had to give up the castle due to water shortage.

Over time the village was abandoned by its inhabitants. They wanted modern houses and better infrastructure. Ironically, the houses are today being restored by enthusiasts according to the old style. The old houses are all being protected under the preservation of historical monuments law, and they once again accord the village together with its winding lanes some kind of mystical flair.