You will have wonderful panoramic views visiting the medieval village of Baiardo in Liguria, Italy. 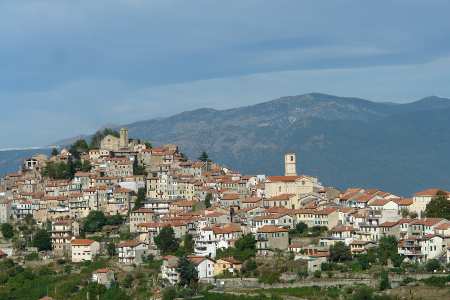 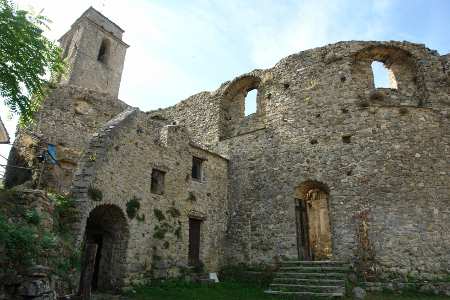 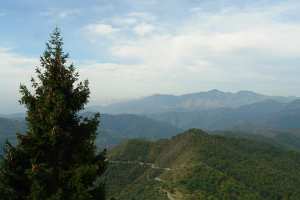 For instance, you should see the propitiatory Pentecost dance during the traditional Festival of the Boat: the people sing an ancient ballad telling the tragic story of the daughter of the Count of Baiardo, who was condemned to death for trying to elope with her lover. Or you might go up to the "old church", which was destroyed in the earthquake of 1887, when a quarter of the local inhabitants lost their lives.

It is not difficult to climb up from the 900 metres altitude of the town to the 1300 metres of Monte Bignone and the 1400 metres of Monte Ceppo. However, if you decide to follow the Val Bonda valley you will eventually reach Castelvittorio, passing through the municipal district of Berzi, where you can visit the large Baroque complex of the Sanctuary of Santa Maria Assunta. Gastronomic specialities include "Ciousoun", a pie made with wild herbs, and "Crustolo", a puff-pastry containing candied fruit.

Before becoming part of the feudal estate of the barons of Ventimiglia (and passing under Genoese dominion in 1259), Baiardo was a Roman "castrum". The "Portaro del piano" was the entrance gate to the mediaeval town, whose form can still be gleaned from the layout of the buildings, despite the earthquake and subsequent reconstruction.

The symbol of the town's rebirth was the new parish church of San Nicolò, consecrated in 1893, which holds a triptych by Francesco da Verzate dated 1465; another triptych by Emanuele Macario dating from 1552 is held in the Oratory of San Salvatore, which is undergoing restoration. In the Palazzo Comunale you can admire a fourteenth-century wooden crucifix, while the civic art gallery contains works by contemporary artists, including a native son of Baiardo, Antonio Rubino.

Italo Calvino liked to stay in this town in the upper Val Nervia, which is not far from the Melogno Pass, a meeting-point of ancient mule tracks. When you see the town rising out of the mist which sometimes envelops the valley, it is like a scene from a story book: situated on the top of a rock, Baiardo possesses all the charm of a legend.

Baiardo is one of the villages in the province of Imperia which is found in the Liguria region. Near Baiardo are other hamlets like: Castel Vittorio (9.9 km), Berzi (5.3 km) and Vignai (9.6 km). When coming from the direction of San Remo, take the SP56 and follow it for 24 km past Bevino, San Romolo until you reach Baiardo.