A lot of events take place in the famous city of San Remo in Liguria, Italy. Spend your holiday in the coastal town and visit the old centre of San Remo. 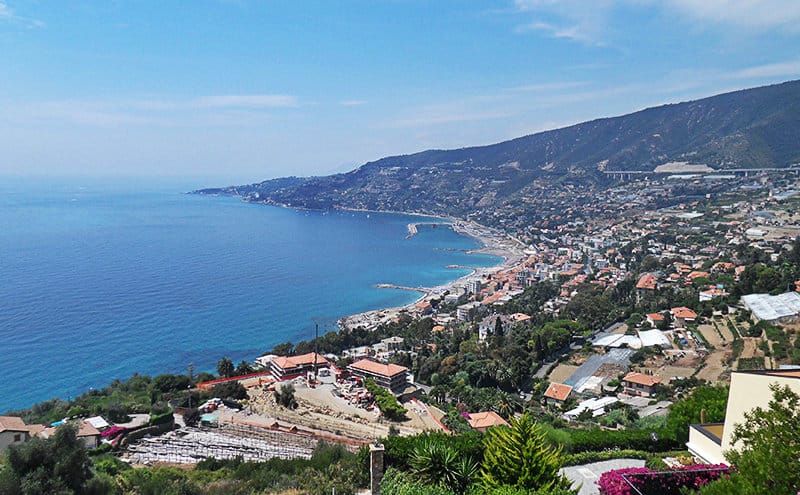 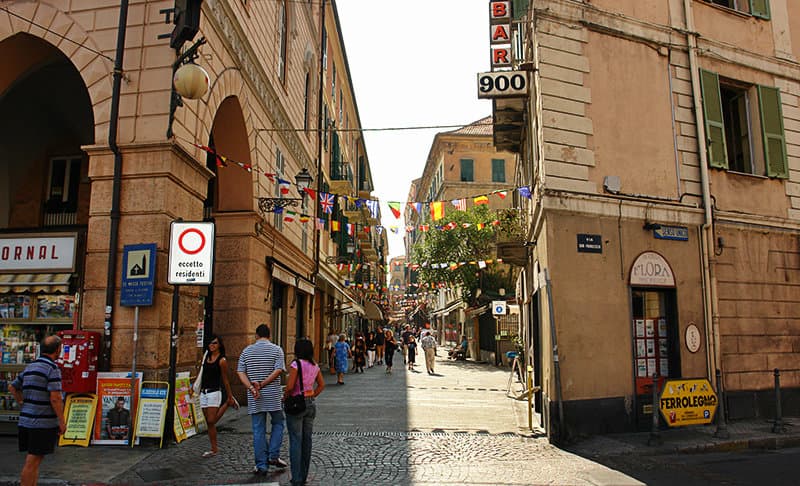 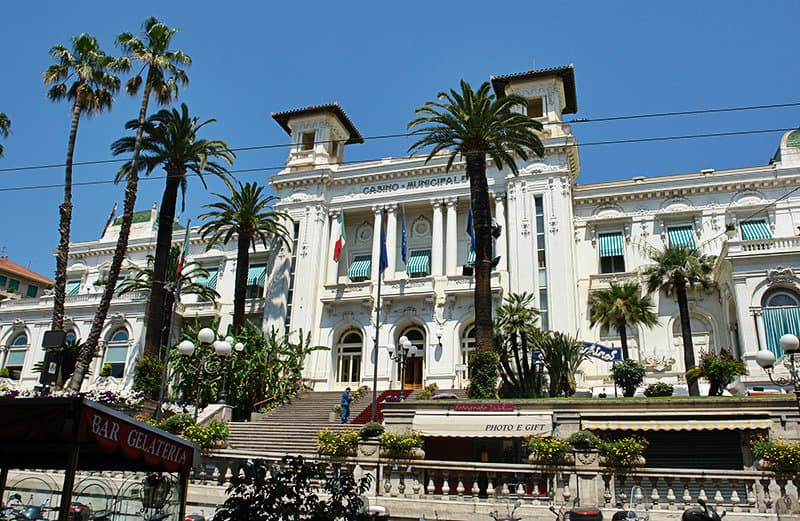 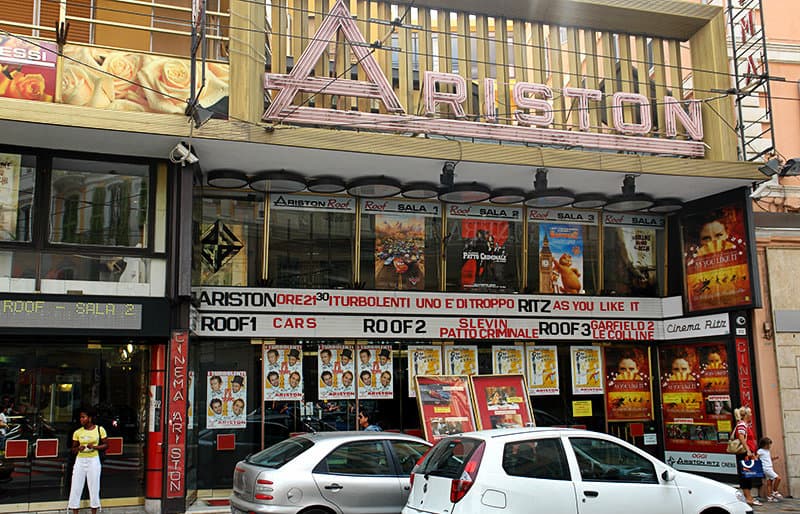 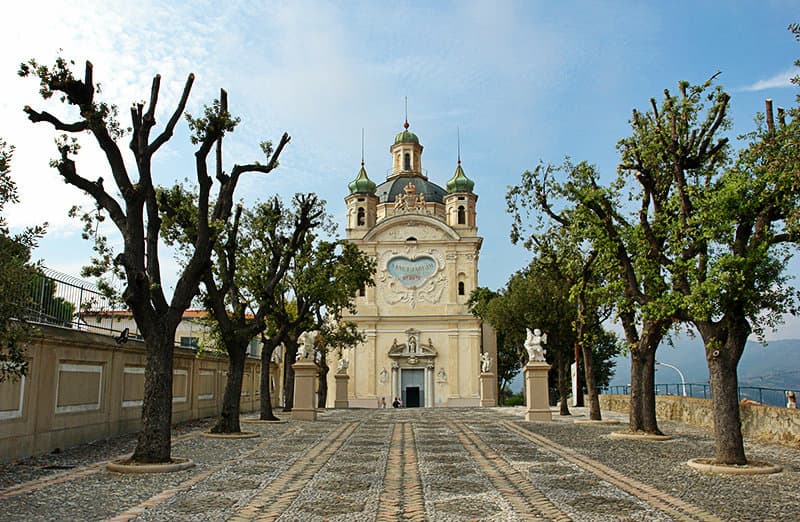 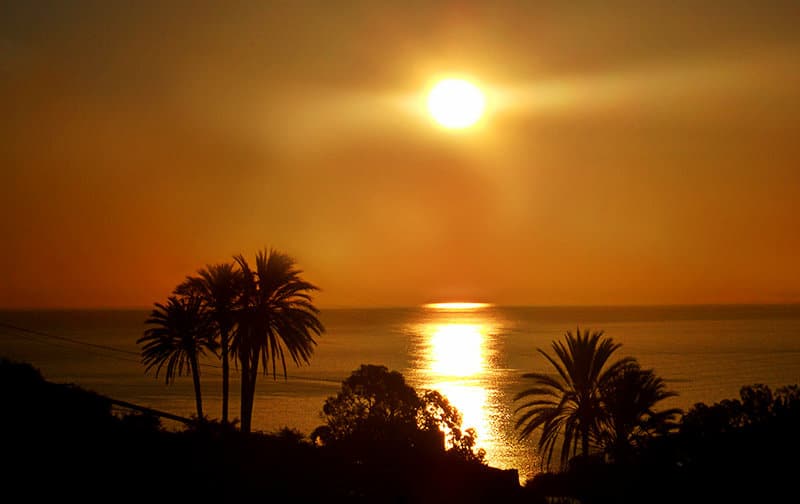 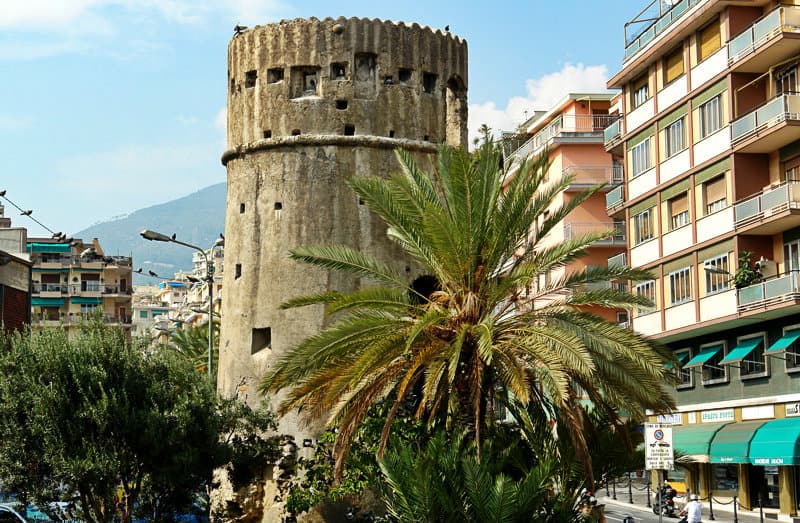 The city got its name from San Romolo, the patron saint of the town

San Remo is also famous for a variety of music events. Tastes differ a lot - and so do the events. Here you can find it all - from the the Tenco Price, the Sanremo Blues Festival, the jazz festival Sanremo Immagine to the world famous festival “Sanremo Festival Della Canzone Italiana”, which inspired the Eurovision Song Contest, has been a huge event since 29th January 1951. Today, it’s simply known as “Sanremo Music Festival”, and since 1977, it takes place in the modern theatre Ariston.

Apart from various theater and cinema festivals, music fans can enjoy a number of concerts, while fashion and show aficionados can treat themselves to fashion shows and glamorous gala nights.  On top of that, you will find author’s readings and art exhibitions, or enjoy the Literary Tuesday. There truly is something for everybody in this city.

The city is open all year and features a great variety of activities and well-equipped sporting grounds. Golf and horse-riding aficionados are guaranteed a great time in San Remo. The two marinas Porto Vecchio and the modern Portosole are also worth a visit.San Remo also has a lot to offer in terms of shopping. Apart from the numerous small boutiques in the town centre, there is a market every Tuesday and Thursday. These weekly markets take place near the cathedral San Siro.

The mountain range at the back of San Remo offers protection from the cold northerly winds. This creates a favourable climate. This mild climate can be enjoyed all year round and has attracted the first VIP tourists to the city in recent years. Various royalties travelled to San Remo from all over Europe to soak in the local sun on their holiday. Why not follow in their footsteps in an attractive holiday apartment with a wonderful sea view from the balcony, or a holiday home in the stunning hinterland? There are some awesome domiciles in Coldirodi and San Romolo.

The mild climate is without equal. Not only does this attract tourists, but a huge range of plants from all over the world feels at home in Liguria. San Remo is particularly famous for its flowers and also known as the “city of flowers”. This is where you find the enormous flower market and where the large logistic transfers are organised. Carnation and rose plantations are particularly popular. The city owes much of its economic wealth to flower and plant cultivation.

If you prefer getting active and engaging in some sports, you will be well-catered for. San Remo offers a great variety of sporting highlights, including international canoe, car, cycling and motor boat races; sailing regattas, boxing and tennis matches, golf and table tennis championships. Therefore, the Ligurian city has the perfect set-up for some awesome activities. One of the most spectacular ones is the Pista Ciclabile. The dedicated cycling, skating and walking trail may not be used by cars and follows the coastline.

San Remo was most probably already in existence even during prehistoric times, but it only developed into an important settlement during the Roman era. San Remo has a strategically excellent location Via Julia Augusta. After the construction of a villa in the area, the village then grew around it.

Following attacks from the Saracens in the 9th century, the local inhabitants were forced to flee into the mountains. The village was however rebuilt after the destruction and more defence facilities were also built around it. The town belonged to the diocese of Albenga, then to the Count of Ventimiglia and finally it came under the rule of the Bishops of Genoa. San Remo even participated in the sea battle between the Republic of Genoa and the Republic of Pisa.

San Remo was sold to the noble families of Oberto Doria and Giorgio De Mari in 1297. The town became wellknown for the export of spitz dogs and because of the mild weather even citrus fruits could be grown successfully and later sold.

Like many other coastal towns in the 16th century, San Remo was attacked several times by the Saracens and pirates, among them pirate Barbarossa who plundered the town in 1544. Among the most important dates in the history of the town is the battle of Para in 1543, at which San Remo fought on the side of Nizza against the Turks and won the battle.

In 1752 San Remo got involved in the uprising against the Republic of Genoa, which failed though, and San Remo suffered a number of deaths and had to pay reparations. Napoleon‘s troops occupied the town in1749 and made it a palms department.

The town was made part of the kingdom of Sardinia in 1814, and in 1837 the town suffered a severe cholera outbreak which was attributed to lack of hygiene and sanitary facilities.

The town started growing as a tourist destination from mid 19th century; owing to its mild climate, San Remo is the ideal destination for winter holidays, and the Russian nobility in particular preferred San Remo as a holiday destination. Among the prominent guests who visited San Remo was Empress Elisabeth of Austria (also called Sissi). During that time many villas and houses were built, especially in Art Nouvea style. The economy was transformed and instead of citrus fruits flowers were now being grown.

San Remo also gained a lot of importance internationally with the turn of the 20th century, and many international conferences and meetings were held in San Remo. The growing of flowers brought many workers to the town, but the tourist industry reduced considerably with the approach of the second world war. Tourism rebounded in the 1960s and 70s and brought sudden growth to the town, which was also accompanied by some negative transformation. The appearance of the town changed; it became congested and more chaotic.

The town is currently trying to reduce on tourism and to once again attach importance to cultural values and the historical landscapes.

How San Remo got its name

During the Roman era, the area around San Remo was in the hands of a Roman family whose head was probably called Mattucius. This is why the town was also called Villa Matuciana (or Matutiana). The Matucia on the other hand probably also got their name from a god of Asian origin, namely Mater Matuta. The current name of the town comes from San Romolo, Bishop of Genoa and patron saint of the town which had taken refuge in a cave at the foothills of Mount Bignone during the 7th to 8th century. (1298 metres high, on which they built a „castellaro“, a kind of primitive fortress which was found and partly excavated, and whose purpose was to protect the meadows below).

The change of the name from San Romolo to Sanremo was probably done during the 14th century, and since then the new name has become permanent. The name continued to be written as “Civitas Sancti Romuli” in the official Latin documents, but it is not uncommon to find an isolated document here and there with the Latin name tag and written in the local language (Sancti Remi).

San Remo belongs to the municipalities of Coldirodi and San Romolo and is one of the villages in the province of Imperia which lies in the Liguria region. There are several other villages near San Remo, for example: San Donato (7.5 km), Ospedaletti (5.8 km) and Bevino (11 km). There is a special exit to San Remo from the A10 highway, which runs along the capital city of Genoa in a westerly direction up to Ventimiglia. The town is located 38 km before the French border.