Visit the small village of Sassello in Liguria, Italy, and make a walk in the Natural Parc of Beigua and in the wonderful historic heart. 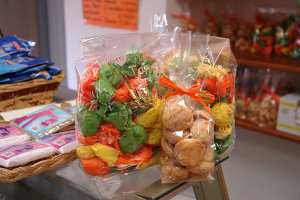 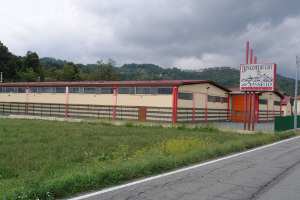 Sassello is a medieval village originating from prehistoric times

Renowned for Amaretto biscuits, Sassello still has very many historic churches and buildings to offer

Sassello offers a lot of interesting old churches, starting with the Parish Church of the Holy Trinity located in the old town. The church was built between 1654 and 1725. It has a variety of valuable frescos dating back to the 18th century and paintings from the 17th and 18th century.

The church of St. John The Baptist is the oldest church in Sasselo. It was built in the 11th century, however it has been modified and restored many times, such that it is no longer in its original state.

In addition there are many other churches, which were built in the 16th, 17th and 18th centuries, like the San Rocoo church, the Basilica of Immaculate Conception, the San Sebastiano Church, St. Antonius, the St. Peters Chapel and many others. Worth seeing is also the Palazzo Doria-Perrando, which was constructed in the 17th century and restored in the 19th century.

The Palazzo, which stands in the yard in front of the Basilica of Immaculate Conception, is the present town hall. A visitors’ centre for geology and geomorphology was constructed in the Gervino palace. Another museum is the „Perrando-Museum, where archaeological findings from the region are being exhibited, as well as some impressive paintings. The ceramic collection is also found there.

You should absolutely visit the medieval bridge which is found directly near the church of San Rocco. Also the castle of Sassello is worth seeing. The castle ruins are on a hill near the village; even its tower is still preserved.

The natural environment around Sassello also has something to offer. The village is situated near the Erro River. Sassello is part of the nature park of Beigua. One can take a nice walk in the forests and discover many plant and animal species. One can also take a walk up the hills.

Sassello is famous for its Amaretto-biscuits, for which there is also an annual festival. You will also find other typical specialities in Sassello.

It is presumed that Sassello was settled by human beings in prehistoric times, and that the inhabitants of the ligurian regions found refuge there after the Roman invasion. That is how the village was established. From the 11th century Sassello lay in the hands of the Marquise of Ponzone, who sold the village in 1290 to the Doria family.

In 14th century the castle of Bastia Soprano was constructed, and around 1450 the facility was expanded and several new fortifications were built. The relationship between the Doria family and the residents of the village became increasingly strained and this led in 1593 to a rebellion which ended with the selling of the Doria family  to the Republic of Genoa.

As a result of the misunderstandings between Genoa and the Savoyerns, the village suffered in the 17th century under several attacks and devastations. The village was also greatly affected during the wars against Napoleon‘s army. After the fall of the Genoan Republic, Sassello reverted back to the Ligurian Republic under Napoleon’s rule. In 1861 Sassello joined the Italian kingdom.

In the late 19th and early 20th century, Sassello grew into one of the largest industrial centres on the Savona coast, and that growth was attributed to the growing industrialisation of the area. From 1973 to 2011, the village was a member of the mountain community of Giovo.

Sassello is a one of the villages in the province of Savona which lies in the Liguria region. Near Sassello are several other villages like: Palo (8.3 km), Maddalena (3.2 km) and Pratovallarino (2.8 km). When travelling along the E80 from Genoa, take the highway exit to Albisola, then turn right onto the SP334. Follow the SP334 past Stelle and Santa Giustinabis until you arrive in Sassello.