Enjoy the sunny panoramic position of the town of Vallebona in Liguria, Italy. 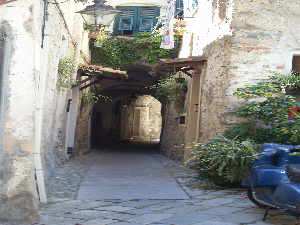 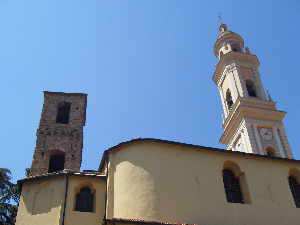 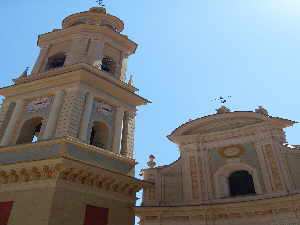 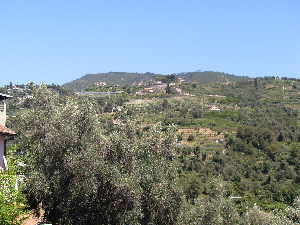 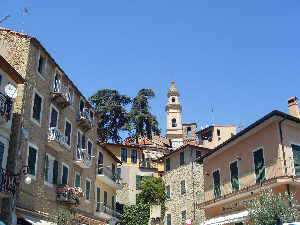 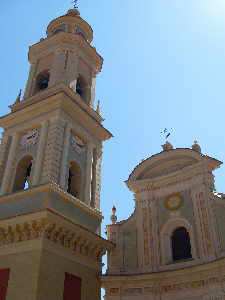 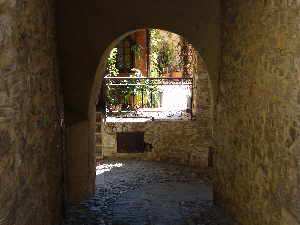 The town itself, which you reach through an arched gate, has retained almost intact the defense structure typical of medieval towns, with rough stone houses, narrow alleyways and covered passages. You can still see the ruins of the sixteenth-century fortifications. The parish church of San Lorenzo was built in the tenth century on the site of an earlier church: it has kept its thirteenth-century stone bell tower and the late Gothic sculpted stone portal (1478). The façade was restored in 1841 and the interior preserves a wooden crucifix from the fifteenth century and a sixteenth-century poliptych.

In past times, a "tragedy" was performed on Good Friday - a sacred performance that was based on seventeenth-century texts. The local products in Vallebona include Rossese superior wine, olive oil, and flowers - especially orange blossom, which is distilled into an essence, an activity that was once very important in the valley. The typical local speciality is rabbit "alla vallebonenca". The town is a departure-point for a number of excursions, including the destinations of Boschetto, Castel Gabbiani and Negi (524 m).

The town of Vallebona is in the hinterland area behind Bordighera at the junction of several roads along the ridge and in a sunny panoramic position. In 1686, Vallebona freed itself from Ventimiglia and, together with other towns in the area, formed the Free Republic of the Eight Locations.

Vallebona is one of the villages in the province of Imperia which lies in the Liguria region. There are several other small villages near Vallebona, and they include: Sasso di Bordighera (6.1 km), Vallecrosia Alta (10.3 km) and San Biagio della Cima (5.1 km). Take the highway exit to Bordighera. Pass by Le Mimose village, Borghetto San Nicolo and then you will arrive to Vallebona.